Are you suffering from painful periods and heavy menstrual bleeding? Are you facing problems in conceiving? There are possibilities that you might be suffering from Endometriosis but our team of experienced endometriosis doctor in Jaipur can help you overcome the problem with the best endometriosis treatment in Jaipur . Endometriosis can be recognized as a painful condition in which the tissue that lines the inside of the uterus i.e. endometrium grows outside the uterus. The other reproductive organs that are affected by the problem include ovaries, the fallopian tubes as well as the tissue lining the pelvis. A woman suffering from this disorder experiences severe pain particularly during the menstrual periods and in extreme conditions, it can lead to infertility problems in females. Endometrial tissue is shed during the menstrual cycle each month if the woman does not conceive.

In most cases, the initial symptom of the disorder is identified as pelvic pain which is often associated with menstruation. Although cramps during menstruation are common, females suffering from the disease experience worse pain than the usual pain. Apart from these symptoms, other symptoms such as pain during urination, bowel movement, and intercourse also indicate that there is a high possibility a woman is suffering from the disease. Further, symptoms such as diarrhea, nausea, bloating, fatigue, and constipation during the menstrual period also confirm the presence of the menstrual disorder. Endometriosis doctor in Jaipur while providing endometriosis treatment in Jaipur look for these symptoms so that quality treatment can be provided. 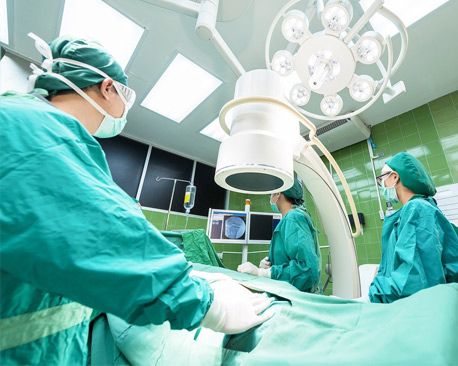 Multiple risk factors result in the occurrence of endometriosis in females. For example, women who are in the age group of 30-40 years and have not conceived yet, women whose menstruation begins before 12 years of age. Further, those women who have periods that last for more than 7 days, women with shorter menstrual cycles that last for less than 18 days. Moreover, if a woman has a family history and the disease has affected her mother or her sister, then she is more likely to develop endometriosis.

The treatment for endometriosis in Jaipur majorly depends on the stage of the disease from which the female is affected. These stages can be classified into Stage 1 (minimal), Stage 2 (mild), Stage 3 (moderate), and Stage 4 (severe). The different stages also affect the presence and severity of scar tissue that occurs during different stages. For example, in the minimal and mild stages of the disease there is little scarring while in the case of moderate and severe stages of endometriosis, cysts develop along with excessive scarring. Moreover, in stage 4 the woman experiences infertility due to severe endometriosis condition. The major complications that might arise due to this gynecological disorder are infertility and cancer. Ovarian cancer is one of the most common types of gynecological cancers that have been identified in patients suffering from endometriosis.

The endometriosis obstructs the fallopian tube which restricts the egg and sperm to unite and fertilize. It can also cause potential damage to the sperm and the egg and can create major complications in pregnancy. The diagnosis of the problems depends on the symptoms and the location of pain where it occurs in the pelvic region. Several procedures are adopted by the endometriosis doctor in Jaipur for identifying endometriosis such as pelvic examination, a transvaginal ultrasound, Magnetic Resonance Imaging (MRI) as well as the Laparoscopic procedure. Adequate medication and necessary therapies can provide relief to a great extent but in extremely severe conditions surgical treatment such as a hysterectomy (in which removal of uterus takes place) is recommended to the patient.

The endometriosis treatment in Jaipur is undertaken to improve fertility and pain reduction. Our gynecologists recommend simple pain relievers when the symptoms are mild. On the other hand, hormonal treatments such as pills are suggested to suppress the normal menstrual cycle which in turn reduces the growth of endometriosis. In addition to this, lifestyle modifications and intake of a healthy diet including fruits and vegetables along with regular exercise can prevent the chances of occurrence of the disease to a great extent. Thus, it is recommended that females should adopt a healthy lifestyle and habits so that the problem can be overcome.